Fact: 1 Out of 12 Women Have Been Stalked 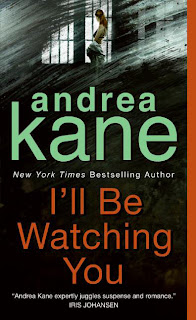 Taylor Halstead, psychologist and successful radio personality, is terrified that she'll never be safe again. Coming on the heels of a series of tragic and terrible events, the e-mail sends chills racing up her spine. Her safe, secure world has already been violated by her cousin Stephanie's boyfriend, Gordon Mallory, in her own apartment. Only the door buzzer and Stephanie's intervening voice rescue her, but not before Gordon promises to return. Soon after, he is killed along with Stephanie in an inexplicable explosion aboard his yacht. Or is he?

The e-mail is just the beginning. The terror campaign escalates when an electronically disguised voice on Taylor's telephone threatens to kill her, and her life becomes a nightmare. It seems the only one she can turn to is attorney Reed Weston, her confidant, protector, and, ultimately, lover. But is Reed's determination to protect her enough to avert disaster? And can Taylor trust Gordon's identical twin, Jonathan, who always seems to show up when she least expects him?

Grief and dread unravel Taylor's sanity, playing tricks with her mind and heart. Someone out there wants her dead -- a crazed fan or the troubled teenage boy she's been counseling or, impossibly, Gordon himself. His vow to return and those final menacing words -- "I'll be watching you" -- haunt her day and night. Whoever is out there is coming closer, and Taylor Halstead has nowhere to run and nowhere to hide.

Seventeen years ago author Andrea Kane published her first novel: a historical romance. She quickly became a best-selling author but in 2000 she tried the fairly new genre romantic 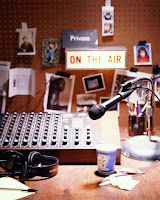 suspense and has been writing them ever since. I'll Be Watching You is one of her most recent stand-alone novels.

I guess I had become kind of pampered with the cozy mysteries that I'd been reading lately because the edgy grit of the book took me kind of by surprise. In some ways it was almost like a John Sandford mystery but it obtained the romantic angle that was done so well only a true romance author could have written it. There was also the creepy way Ms. Kane was able to put the audience into the main character Taylor’s shoes- I had to go make sure the doors and windows were locked afterwards. 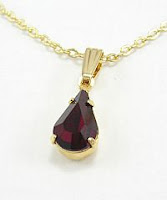 Having never even heard of Andrea Kane before, I wasn't quite sure what to expect when I picked up the book. I sure didn't expect a romantic suspense story and to be honest, I wasn't exactly sure that was what it was until I was almost halfway through it. Not sure if any of the author's other books can compare to I'll Be Watching You but she does have a couple that may be just as good. I think I might pick up Wrong Place, Wrong Time soon...

"Inside on a bed of cotton lay a necklace- a simple gold chain with a single gemstone dangling from it.
The stone was a blood-red ruby in the shape of a teardrop.
Nestled as it was on the snowy cotton, the contrast between crimson and white was as starkly chilling as the e-card she'd received on New Year's Day. And the symbolic impact was irrefutable. Her blood. Her tear. Wrapped around her throat. A gift and a threat all in one."
Posted by Ladytink_534 at 12:00 PM