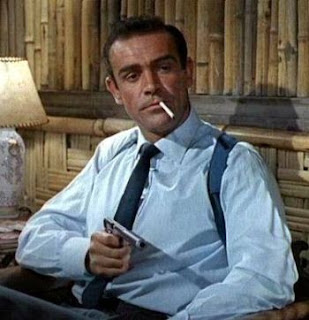 In the film that launched the James Bond saga, Agent 007 (Sean Connery) battles the mysterious Dr. No, a scientific genius bent on destroying the U.S. Space Program. As the countdown to disaster begins, Bond must travel to Jamaica where he encounters the beautiful Honey Ryder (Ursula Andress) and confronts the megalomaniacal villain in his massive island headquarters!

There is only one man who is the epitome of style, sophistication, and who still isn’t afraid to g

et his hands dirty. One who is a notorious ladies man and also he’s the spy of spies, that man is James Bond. British author Ian Fleming brought Agent 007 to life in his novels written from 1953 through 1966, and then as Fleming was releasing his book The Spy Who Loved Me, his sixth book in his series Dr. No was adapted for the big screen. 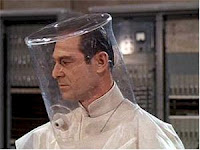 The film wasn’t well received in some countries and in others, the response was nearly overwhelming (mainly in America) so it wasn’t very long before another Bond film was released. Now it’s the longest running film franchise in the world! There have been many actors who have played Bond but the Sean Connery is probably one the most beloved. I know very little about the whole James Bond franchise other than the fact that there are a lot of movies with many actors playing Bond but I believe Sean Connery was him the most (if you count the “unofficial“ films). As hard to believe as it is, I had never seen a James Bond movie until I watched Dr. No (I have heard of them of course) but I don’t believe any actor could be as good as Connery is in the role. 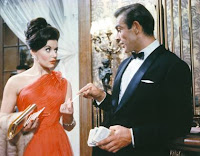 As much hoopla that surrounds these movies, I was expecting to be blown away by Dr. No or at the very least, watch a damn good movie but it was just ok. I can see why it did spawn so much praise in its day and beget so many other films though. James Bond was certainly a ladies man, wasn’t he? Ursula Andress was the very first Bond Girl (she plays Honey Ryder) and is now considered the “quintessential Bond girl” who “set the standard by which all of the others would be judged.”

What I liked most about the first Bond film was the style of the film and how elegant the fashions are. However, the fight scenes aren't very well choreographed, and look very fake by today’s standards. It has its flaws but the first Bond film was very good nonetheless. It’s a little hard to believe that James Bond was created by the same person who wrote Chitty, Chitty, Bang, Bang but it’s amazing that a low-budget film was able to not only become a major hit and make an unknown actor into a star, but it helped make Bond… James Bond into an icon that the world will never forget.