Can a Person Be Too Charming? 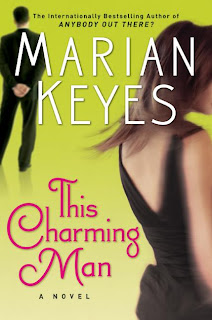 Paddy de Courcy is Ireland's debonair politician, the "John F. Kennedy Jr. of Dublin." His charm and charisma have taken hold of the country and the tabloids, not to mention our four heroines: Lola, Grace, Marnie, and Alicia. But though Paddy's winning smile is fooling Irish minds, the broken hearts he's left in his past offer a far more truthful look into his character.

Narrated in turn by each woman, This Charming Man explores how their love for this one man has shaped their lives. But in true Marian Keyes fashion, this is more than a story of four love affairs. It's a testament to the strength women find in themselves through work, friendship, and family, no matter what demons may be haunting their lives. Depression, self-doubt, domestic abuse-- each of these women has seen tough times in life, and it's through Keyes's wonderful storytelling ability that these subjects are approached with the appropriate tone and candor. Her deft touch provides a gripping story and, ultimately, a redemptive ending.

International bestselling Irish author Marian Keyes draws upon her own life experiences as a recovering alcoholic and an Irish citizen in her newest novel This Charming Man. The major

theme of the book however is abuse and since the author had no experience in this area, she did research by talking to the director of the Women’s Aid in Ireland who helped her get in contact with real abuse victims. A lot of the abuse featured in the actual story is based on those real-life experiences.

In an interview (below), Marian Keyes said that it’s somewhat hard to describe her book without giving anything away and I agree. This being my very first time reading her, I didn’t know quite what to expect. I knew that she was known as a chick-lit (more appropriately known as “women’s fiction”) author but other than that, I was clueless. Imagine my surprise when I found out this wasn’t some lightweight, fluffy story! The serious issues of alcoholism, abuse, 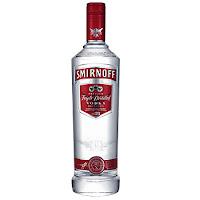 At first I wasn’t sure if I was going to finish the book or not, especially since the author opened with her character Lola who; I guess to distinguish her even more from the other three ladies, writes in a more “journal type form” (which means that she doesn’t use proper grammar). Nothing can yank you out of a story faster than trying to puzzle out the meaning of what the character is saying like, “Please do not say 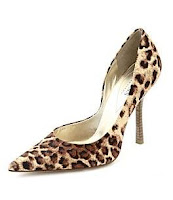 ‘oatmeal,’ Rossa Considine, is irritating word.” or usually something very similar. Somehow though I stuck with it because I felt like the book had potential and I really wanted to find out what happens. Funnily enough, Lola turned out to be my favorite character by the end (even though for the first half of the book she was a bit of a nutter)!

As I said there are three women other than Lola (who is a stylist that describes herself as shallow but isn’t really) that narrate the story and sometimes it got a little annoying switching perspectives but I eventually got used to that too. If I were able to pick a second favorite, it would be Grace the journalist and twin sister to Marnie (one of the other women who narrate). Grace and Marnie are as different as night and day but I loved how vulnerable all of the ladies in the book were even if it sometimes made for awkward and disturbing reading. I guess you’re wondering about the fourth person in the book now. That would be Alicia who is marrying de Courcy. She doesn’t get as much “screen time” as the other three but I was okay with that since she wasn’t very likable.

Author on the Book Show:


Picture Explanations
Cigarette: Almost everyone smokes in the book and one of the main characters is trying to quit.
Vodka: Marnie is an alcoholic and this is her drink of choice.
Leopard Heels: After Lola runs away to a cottage in a small town, she eventually meets up with some "trannies" and being a personal shopper before she ran away, is able to help them get the clothes without anyone finding out.
Posted by Ladytink_534 at 4:24 PM