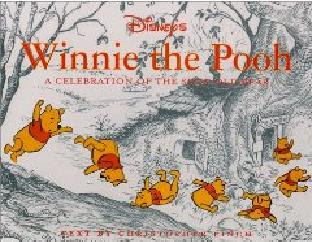 Winnie the Pooh was born on August 21, 1921, as a first birthday gift to a little boy named Christopher Robin Milne. Pooh grew up to become the most beloved and famous bear in the world. He has appeared in books and films, and on all sorts of things from bedcovers to postage stamps. How is it possible for a stuffed toy animal to achieve such greatness?

Pooh’s road to fame began with A. A. Milne, an English novelist and playwright. Inspired by his four-year-old son, Milne tried his hand at some children’s poems, which were well received. Thereafter, between 1924 and 1928, Milne published four classic children’s books that introduced Christopher Robin and his fanciful friends Winnie the Pooh, Piglet, Tigger, Eeyore, Rabbit, Owl, Kanga, and little Roo. Together they live in the enchanted Hundred-Acre Wood, where silly bears get stuck in rabbit holes after eating too much honey, little piglets are blown away by the wind, and zany tiggers bounce around everywhere. The four books, all illustrated by Ernest H. Shepard, were hugely popular, and by 1960, books sales were already in the millions.

While literary Pooh continued to win new generations of fans, an on-screen Pooh was destined to expand the appeal of the Hundred-Acre Wood. In 1961, Walt Disney acquired the exclusive film rights to Milne’s Pooh stories. Under Disney’s guidance, a twenty-five-minute animated featurette, Winnie the Pooh and the Honey Tree, was released in February of 1966. Disney managed to preserve much of the innocence and charm found in the original stories and illustrations, while making Pooh accessible to a wider audience through animation. This first featurette set the stage for the success of the three featurette(s) that were created after Disney’s death.

Winnie the Pooh: A Celebration of the Silly Old Bear is a tribute to the wonder of Pooh, from his origin and literary success to his brilliant animated career and continued popularity. This is his story; but, moreover, it is his art- including more than 200 illustrations that detail the evolution of Pooh and his friends from stuffed toys to Shepard’s drawings to animated characters. The films’ stories are retold and followed by galleries of many never-before-published art from the production of the Disney futurities: early concept art, storyboards, rough animation, background art, and final cels. This collection of exquisite art, accompanied by the history of Pooh’s creation and popularity, is sure to become a treasure that all Pooh fans will cherish. 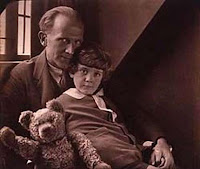 Artist, photographer, and author Christopher Finch has written several books about Disney and the art of Disney movies but his latest Winnie-the-Pooh: A Celebration of the Silly Old Bear is also one near and dear to his heart (Finch's full name is Christopher Robin Finch). Starting appropriately with A. A. Milne and ending with Disney's interpretations, this beautifully illustrated book is a 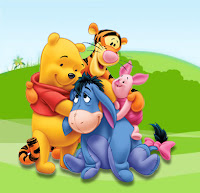 must-read for fans of the "chubby little cubby all stuffed with fluff."

I’ve read several books about Winnie the Pooh over the years and of course the A.A. Milne stories themselves, not to mention every Walt Disney film adaptation of my favorite bear (which were my introduction to Pooh) so I already knew most of the stuff about the history of Pooh. However, the author’s narrative was very unique and he included some truly gorgeous photos- including pictures of the original Christopher Robin’s stuffed animals, concept art for the Disney movies, the original book illustrations by Ernest Shepherd and 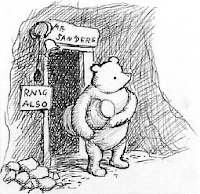 Christopher Robin Finch’s Celebration of the Silly Old Bear was a wonderful little book and even though I admit to being a little more partial to Tigger myself, I really liked this book. It was very thick and awkwardly shaped though but the photos and art make it well worth the discomfort in the end.