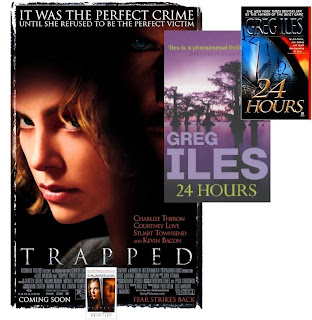 24 Hours begins with the perfect family. On the perfect night. About to become trapped in the perfect crime. Will Jennings is a successful young doctor in Jackson, Mississippi, with a thriving practice, a beautiful wife, and a five-year-old daughter he loves beyond measure. But Will and his family are being watched by a con man and psychopath who may be a genius. A man who has crafted the unbeatable crime. A man who has never been caught and whose victims have never talked to the police. A man whose life's work strikes at the heart of every family's unspoken fear: the unstoppable kidnapping.

But this man has never met the likes of Will and Karen Jennings. 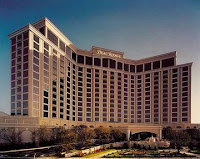 including Mortal Fear, 24 Hours, Dead Sleep, and Sleep No More. His 2000 release 24 Hours, also known as Trapped was his first and so far only book to be adapted into a film. When Mr. Iles isn’t writing he can usually be found playing music with a group of authors (including Stephen King) in the band The Rock Bottom Remainders, he plays the guitar.

this was the first time I've ever read a story set here. It's also one of the first times I've ever been to a place in a book so I thought it was neat that Biloxi was such a central part of the story. I only live 30 minutes away so I go there often and the Beau Rivage is one of the best casinos down here (hate the airport though).

This wasn't my first Greg Iles novel, I read his book The Quiet Game in 2007 about a month before I started blogging and I remember really liking his main characters but that wasn't really the case with 24 Hours. The mom Karen seemed a bit self-centered and comes off as resentful plus her personality was somewhat flat at first, and I didn't really adore the dad Will either (and the “big twist“ at the end was very easy to guess). However, the daughter Abby was just cute as a button and she, and her parents’ willing to fight for her was what made this into a great story for me. 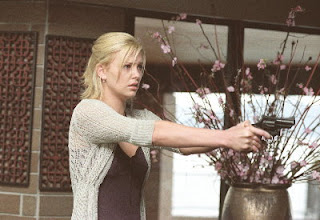 When their daughter is abducted and taken for ransom by a gang of serial kidnappers, a young doctor and his wife find themselves held hostage while a 24 hour plan to extort their money is set into motion. Now, with time running out and the health of their asthmatic daughter at serious risk, they find themselves in a life and death race against the clock as the "perfect crime" begins spiraling towards an unthinkable, terrifying and deadly conclusion.

Two years after Greg Iles published his bestselling novel 24 Hours, he was called in to help fix the screenplay Trapped, which is a version of the book. It was his first and only book to be made 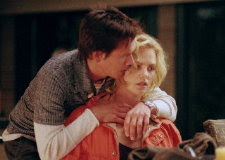 into a film and despite his doctoring, it was quietly swept under the rug of Hollywood. It won no awards and according to Variety.com it was:

“Released under a marketing and publicity blackout singlemindedly dedicated to hiding the subject matter of the film, "Trapped" is a pretty skillfully handled domestic thriller about a criminal activity that, while always upsetting, is especially noxious now due to the too many recent tragic and highly publicized instances of it. It would seem that no one, not even Sony, would wish this film to actually become popular in theatrical release, so the distrib will probably soon slide the film out of circulation just as quietly as it launched it, with

no advances screenings, no star interviews and a generalized revenge-themed campaign.”

First off, let me say how terribly disappointed I was with this film. It wasn't even filmed or set in Mississippi where the book is set for one, and that is one of the things the author is known for. Secondly, someone got the idea to try to make the bad guy Hickey 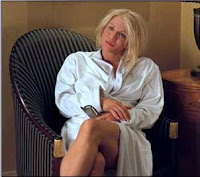 somewhat sympathetic by completely changing the ending, at what seems like the very last second. Lastly, the studio changed the fact that Abby (played by Dakota Fanning) was diabetic into being asthmatic simply because the child in the award winning film Panic Room (2002) was diabetic. However, what makes this movie worthwhile was the actors.

Kevin Bacon (Hickey), Charlize Thereon (Karen), Courtney Love (Cheryl), and Dakota Fanning (Abby) all were great in their roles. Love isn't exactly who I would have picked as Cheryl thoug

h, because she's 12 years older than her character but she sure does play her part very well and is totally believable- so is Dakota as Abby. I thought it was interesting that Theron met Stuart Townsend (who plays her husband in the film Will Jennings) and they have been dating ever since. It is a pity that none of these actors was recognized for the great job that they did though.

In my opinion, they changed too much from the book unnecessarily and I would have enjoyed it a lot more if they hadn't but I agree with the casting decision and the acting was good as well. Moreover, a few of the best action scenes from 24 Hours did make it into Trapped so I’m not going to complain too much.