Crooks With Hearts of Gold 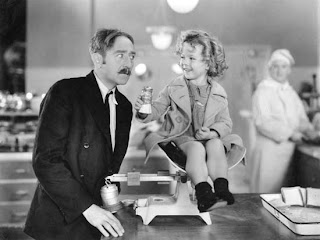 The film that made Shirley Temple a star, LITTLE MISS MARKER was the first filmed version of a tale by Damon Runyan (GUYS AND DOLLS). Temple plays Markie, who is left behind by her father as collateral for a gambling debt. She swiftly charms the hardened bookies and crooks (including classic Hollywood character actor Adolphe Menjou) who are taken her in with her precocious singing and dancing and childish cleverness. After this film Temple would go on to be one of the box office's biggest draws for the next few years.

A newspaperman and author who specialized in tough guys- usually gamblers, gangsters, or 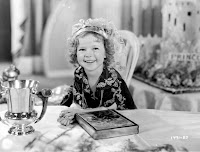 hustlers- wrote a short story for his collection of stories Guys and Dolls. Several of the stories in the book went on to be adapted into films including Little Miss Marker, which has been re-made into four different films over the years. The first Little Miss Marker however was one of the very best as it was Shirley Temple’s first starring role in a film.

role of Little Miss Marker- “Markie” for short. Temple will always be the cutest child star there ever was and she was just adorable in the film. She did steal the show a bit from her co-stars but I couldn’t help but be impressed with “Sir Sorrow” aka Sorrowful Jones played by Adolphe Menjou and Bangles Carson who is played by Dorothy Dell. She had a wonderful voice and Temple remembers her fondly in her autobiography. She had such talent (she sings one of my favorite pieces in the picture “I'm a Black Sheep Who's Blue“) that it was nothing short of heartbreaking 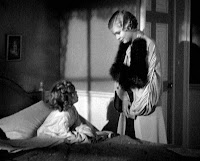 when a car accident cut short her life and career soon after this film was made.

It was a little funny watching a film from so long ago and trying to put out of your mind the present during the film. You see certain things in the film that your brain automatically thinks, “Like that would happen,” and I sincerely doubt there would be any kind of happy ending nowadays but it works for the time. One thing that I d 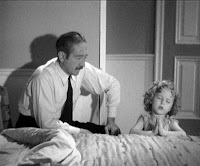 id find fascinating was a hospital scene because it’s so different from what I’ve always known hospitals to be.

The fact that a tiny little girl was put up as a “marker” (hence the name) by her father and then kills himself when he couldn’t pay the debt, leaving his daughter orphaned and in the care of some shady individuals- mostly men really bothered me. Yet, somehow, the film comes off as charming though when she and “Lady Guinevere” (the club singer Bangles- or Gold-digger as Sorrowful calls her) help turn the gamblers into men with hearts of gold.