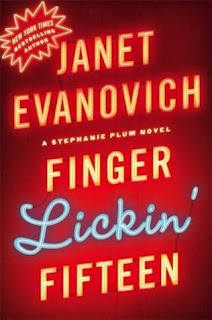 UNBUCKLE YOUR BELT AND PULL UP A CHAIR. IT'S THE SPICIEST, SAUCIEST, MOST RIB-STICKING PLUM YET.

Recipe for disaster: Celebrity chef Stanley Chipotle comes to Trenton to participate in a barbecue cook-off and loses his head – literally.

Throw in some spice: Bail bonds office worker Lula is witness to the crime, and the only one she’ll talk to is Trenton cop, Joe Morelli.

Pump up the heat: Chipotle’s sponsor is offering a million-dollar reward to anyone who can provide information leading to the capture of the killers.

Stir the pot: Lula recruits bounty hunter Stephanie Plum to help her find the killers and collect the moolah.

Bring to a boil: Can Stephanie hunt down two killers, a traitor, five skips, keep her grandmother out of the sauce, solve Ranger’s problems and not jump his bones?

Featuring Lulu "Stephanie Plum's wheelman", Finger Lickin' Fifteen "opens with Lula witnessing a crime, and it all gets complicated after that. We're talking about barbecue gone bad, cross-

When it comes to catching skips, no bails-woman can do it more hilariously than Janet Evanovich’s Stephanie Plum. True, she’s not very good at it but that is a major reason why this series has lasted as long as it has. Well, besides her ability to have a bad guy blow up nearly every car she comes in contact with she also has two majorly good looking guys more than a little interested in her!

novich tends to switch focus between these two men every other book and in Finger Lickin’ Fifteen, it’s Ranger’s turn… in theory at least. He had a good bit more to do in this plot than normal but it still felt like a Morelli story to me. Maybe I'm 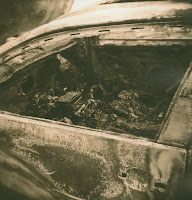 just frustrated that it's 15 books into the series and Ms. Evanovich is still balancing the romance triangle between Stephanie, Ranger, and Morelli.

Honestly, maybe I’m just getting tired of the series but it doesn’t seem to be offering much that is new. Stephanie Plum is still "the sane one in a menagerie of crazies," she’s still struggling with her job as a bounty hunter, and like I’ve already said, she still hasn’t picked a guy completely yet. Just like the last three or four books by this author I simply didn’t enjoy them as much as the earlier ones…. On the other hand, maybe I’m just irritated that the books are starting to become more slapstick orientated as they go along. My mom still absolutely loves these though.

First Paragraph: When I was a kid, I was afraid of spiders and vegetables. As an adult, I've eliminated vegetables from my fright-o-meter, but I've added a whole bunch of other stuff. Homicidal maniacs, serial rapists, cellulite, Joe Morelli's Grandma Bella, rabid bats, and any form of organized exercise.

Visit msnbc.com for breaking news, world news, and news about the economy


Picture Explanations
Barbecue: Story centers around a barbecue competition
Meat Cleaver: Murder weapon
Burnt Car: You guessed it, another one of Stephanie’s cars blows up.
Posted by Ladytink_534 at 11:47 PM