The dead were her business. She lived with them, worked with them, studied them. She dreamed of them. And because that didn't seem to be enough, in some deep, secret chamber of her heart, she mourned for them.' The first victim is found lying on a sidewalk in the rain. The second murdered in her own apartment building. Police Lieutenant Eve Dallas has no problem finding connections between the two crimes. Both victims are beautiful and highly successful women; their glamorous lives and loves were the talk of the city. And their intimate relations with men of great power and wealth provide Eve with a long list of suspects - including her own lover, Roarke. As a woman, Eve is compelled to trust the man who shares her bed. But as a cop, it's her job to follow every lead...to explore every secret passion, no matter how dark. Or how dangerous.

"Even in 2058 with the gun ban, even though genetic testing often weeded out the more violent hereditary traits before they could bloom, murder happened." Eve Dallas, the cop in J.D. Robb’s In Death series should know since she recently solved a serial killer 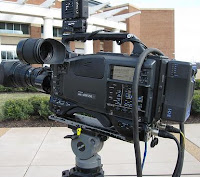 case during the first book of this series Naked in Death. She’s thrown into another serial murder case during Glory in Death, which was released in the winter of 1995 with “little fanfare” though romances written under the author's real name had been bestsellers for years and even won the RITA Best Novel award for one of the nine books she had produced that same year (including this one and others under her other pseudonyms).

Nora Roberts published her first book in 1980 and due to her prolific output of books (1996 saw her 100th published book and she‘s still putting out quite a few a year), not to mention how well received her stories were, her name will forever be linked with romance. Though I do enjoy the occasional romance, I had never actually picked up any of her books until 2005 but I instantly learned why she’s still a bestselling author. I just don’t read as many r

omances nowadays but I still love a bit of romance in all the genres I do read so I wasn’t too surprised that I enjoyed the first book in her In Death series written under J.D. Robb but I didn’t expect to love it quite this much!

The characters are simply amazing and the mystery angle is well thought out too (not to mention that Eve and Rourke‘s romance development is oh, so good too). Again, this author has backed up my claim that her series books are the best she’s written. I was a little surprised with the murderer’s identity (but not really the motive for some reason) though it did occur to me at one point that that person may be guilty. I just thought that the author would keep that person around longer but it does make perfect sense. Detective Delia Peabody was a great character, brief though her appearance was so I'm excited to see more of her in future books though.

"Fame. What else did these two women have in common but their public prominence?" ... "What they did share was fame, public interest, and a kind of power."
"Which the killer envied."
"I would say exactly that. Resented as well and wished, by killing them, to bask in the reflected attention."

Picture Explanations
Video Camera: Eve has to deal with the press quite a lot in this one (something she loathes) because of how famous the women killed were.
Purple Umbrella: The souvineer the killer took from his first victim.