This’ll Be the Day That Someone Dies 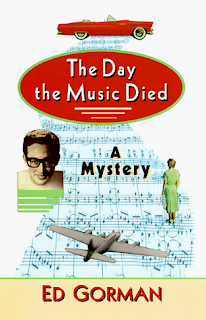 It's 1958 in Black River Falls, Iowa (pop. 26,750), and at Bill Malley's barber shop and the lunch counter in the local Rexall, there's a lot of talk, a lot of it negative, about communism, fluoride, civil rights marches, a guy named Kennedy, and Martin Luther King. A new Mercury costs three thousand dollars. Teenagers are into pink, and Elvis, Tab, Natalie; they go to hops. And even at twenty-six, with a law degree and a private investigator's license, Sam McCain thinks nothing of driving four hours of two-lane blacktop (with the radio forecasting major snowfalls in his '51 red Ford ragtop for a performance, on February 3, by his personal favorite rock-and-roll idol, Buddy Holly.

The next morning brings McCain more than the bad news of Buddy Holly's fatal plane crash. The dawn's barely cracked when McCain finds the dead body of Susan Whitney in the living room of her huge Tudor-style mansion outside of town, and upstairs, within the same hour, her bully of a husband, Richie, remorsefully confesses to murder and kills himself with his rifle. But all of McCain's instincts tell him that Richie didn't also shoot his wife. What he lacks are suspects and facts. Then, before the day ends, in a canoe on a frozen pond, McCain uncovers another corpse, this time a pregnant teenage girl, that only seems to be unrelated to the Whitney case.

Social and racial tensions in Black River Falls are meanwhile rising as suspicions begin to fall on a failed black football star, not to mention the pressure that's building on McCain himself, whose sometime employer-- the imperious Judge Esme Anne Whitney and the deceased Richie's aunt-- expects him to prove his instincts right, and fast.

Known as the "Poet of Dark Suspense," author Ed Gorman has t 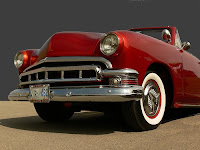 aken a lighter turn with his series about a "young attorney in small-town Iowa in the fifties" named Sam McCain. The first book in this rock and roll series is called The Day the Music Died and like all the titles of the books in this series, it is a reference to a song.

There is just something I love about 1950s America. The clothes (and how everything went pink), the music, you name it and I find it fascinating which is why I decided t 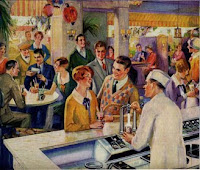 o try this book. I had actually never even heard of Ed Gorman before I discovered The Day the Music Died but I’m glad I did because he represents the era fairly well. The author does drop names occasionally like the Andrews Sisters, Hopalong Cassidy, Billy Wilder, and of course the “great three rock and rollers”.

Everyone knows about the Day the Music Died, especially since it was immortalized in the song American Pie by Don McLean. 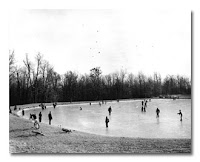 However Ed Gorman has done something I hadn’t really seen before, he’s written a mystery that has nothing to do with Buddy Holly, Richie Valens, and the Big Bopper actually. The crash is just background as to what it means to the main character Sam. He’s a lawyer that also has a private investigator’s license and he seems to be a pretty good detective too. Especially since this was when police still handled murder weapons and processed scenes without gloves. 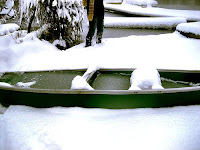 This award-winning iconic author of the mystery genre has created a unique series with his setting and characters and though it wasn’t something I would normally read, I did like it a lot. In an interview with the author, Gorman explained that with Sam McCain's stories he was "trying set the record straight on what living in the Fifties and early Sixties was really like for many Americans. The era is usually dismissed as dull and irrelevant but in fact it was a terrible time for people who didn't fit into the white Christian tradition. One reviewer called the series "The dark side of `Happy Days'" and I think that's a fair description."

First Paragraph: She didn't say much after we left the Surf Ballroom that night, Pamela Forrest.
Which meant one of three things. (1) She didn't like Buddy Holly nearly as much as I did. (2) She was worried 'bout the long trip back to Black River Falls on the wintry roads of February 3, 1959. (3) She was think about Stu Grant, the wealthy young man she'd been in love with since ninth grade, the only problem being that I'd been in love with her since fourth grade.

Links
Author’s blog
Fifties Web about the crash and the song
Ed Gorman’s Wikipedia page with a detailed bibliography and short biography.
My Teaser Tuesday 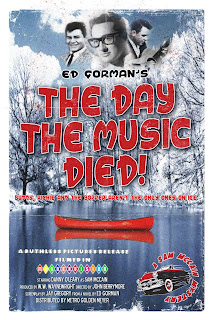 Fake Movie Poster
Picture Explanations
1951 Red Ford Ragtop: McCain's car
Soda Shop: A typical soda fountain in the 50's that is the hub of the town.
Skating Party: A town skate dedicated to Buddy Holly, the Big Bopper, and Richie Valens.
Canoe: Where the second body was found
Posted by Ladytink_534 at 6:43 AM