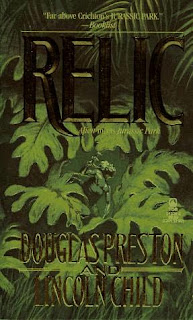 Just days before a massive exhibition opens at the popular New York Museum of Natural History, visitors are being savagely murdered in the museum’s dark hallways and secret rooms. Autopsies indicate that the killer cannot be human…

But the museum’s directors plan to go ahead with a big bash to celebrate the new exhibition, in spite of the murders.

Museum researcher Margo Green must find out who- or what- is doing the killing. But can she do it in time to stop the massacre? 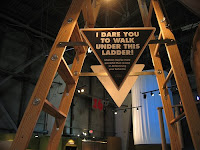 novels together. They’ve actually collaborated on more novels with one another than they have created solo and have even written a best-selling series together in which FBI agent Aloysius Pendergast plays a main character. Pendergast’s original appearance was in these authors’ debut novel The Relic.

This incredibly talented team of writers impressed me the first time I read one of their novels several years ago called Thunderhead and I was amazed to find that their first collaboration was just as effortless and seamlessly written too. 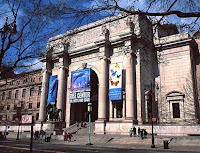 Some of the evolution talk went over my head and there were a lot of characters to keep track of but I really enjoyed reading this story. If it wasn’t for my online reading groups I doubt I would ever have had the pleasure of reading Lincoln & Child’s books since they are so far outside my comfort genre zone but I’m glad I gave it a chance. gentleman but at the same time, he can play hardball too. Certainly the most intriguing character I’ve come across in awhile and I plan on reading the other books in which he is featured eventually, especially Reliquary; the sequel to this book. I did like a few other characters but he was most definitely the best one, so I dumbfounded that he doesn’t appear in the 1997 film adaptation of the book. Actually to tell the truth, there was a whole lot of things that bothered me about the movie but I digress.

The Relic is essentially a sophisticated monster story (my first one actually) with an adventure, mystery, and science fiction thrown in but the story never became cluttered. What I love more than anything else is that not only was the story creepy and well-written, it was written in such a way that the Mbwn and the events of its creation is presented in almost a plausible fashion. It gives me the chills!

Pengergast Series: The Relic, Reliquary, The Cabinet of Curiosities, Still Life With Crows, Brimstone, The Dance of Death, The Book of the Dead, The Wheel of Darkness, Cemetery Dance

Picture Explanations
Ladder- The museum is putting together a superstition exibit
Museum- The story is set in a fictionalized version of the American Museum of Natural History
Storage- Every museum has an incredible amount of artifacts just lying around in storage, including dinosaur bones just like these and anything could be hiding there