Attracting Trouble Wherever She Goes 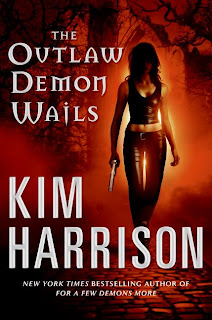 To save the lives of her friends, Rachel did the unthinkable: she willingly trafficked in forbidden demon magic. And now her sins are coming home to haunt her.

As Rachel searches for the truth behind a terrifying murder, an even greater menace threatens, for the demon Algaliarept will stop at nothing to claim her, and the discovery of a shocking family secret throws Rachel’s entire life into question. If she is ever to live free, Rachel must first walk willingly into the demonic ever-after in search of long-lost ancient knowledge.

But when you dance with demons, you lay your soul on the line... and there are some lines that should never be crossed. 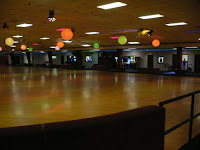 planned as only a six book series, there may not be an end in sight now thanks to its immense popularity. However, many revelations are presented in this book, both personal ones for Rachel and ones that will effect her entire race.

Two years ago, I discovered the urban fantasy world of the Hollows and I had been one of Ms. Harrison’s loyal readers ev

er since. I have eagerly awaited each additional foray into Rachel Morgan’s world until the last book; For a Few Demons More broke my heart. So when this was released it took me a little while to get over my reluctance because I wasn’t looking forward to a repeat. Thankfully I didn't get one, but what I did get was a brand new action-packed story, (would it be Harrison if it wasn’t?) in the Hollows on Halloween with more shocks and thrills than any 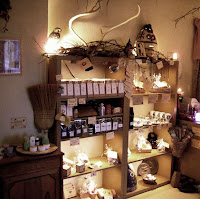 Hollywood blockbuster film could ever give me.

This incredibly fantastic world in which Harrison’s beloved characters live owes its creation to the author’s love of traditional fairy tales (not the Walt Disney type, more like the original darker stories from Russia and other old countries) and reading science fiction while she was growing up. However, what I love even more than the setting is the characters. Each person, good or bad is not all good or bad and everyone has depth to them, even the demons! Very few authors have managed to make me like the “bad guys” despite the things they do but then 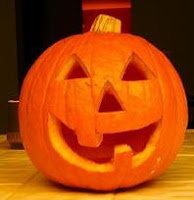 again very few other authors have characters like Trent and Algaliarept.

I would not recommend reading any book in this series out of order (especially this one) because even though some back story is provided throughout the books it’s very sparse and sometimes a little difficult to follow. I suggest you start at the beginning and watch how these wonderful characters grow in these fast-paced adventures that never get dull.

The Hollows Series: Dead Witch Walking, The Good, the Bad, and the Undead, Every Which Way but Dead, A Fistful of Charms, For a Few Demons More, The Outlaw Demon Wails, White Witch Black Curse (2009) Dates from Hell (anthology)

Picture Explanations
Roller-skating Rink- Rachel goes roller-skating with a date and almost wins best Halloween costume.
Tomatoes- A virus was spread through genetically manipulated tomatoes and it killed a quarter of the human population (which is why the werewolves, witches, etc. came out of the closet because the virus couldn’t harm them). Humans in the books now have an aversion to tomatoes and anything made with tomatoes now. Some Inderlanders (everything not human) put out baskets like these on Halloween as a joke.
Charm Shop- Rachel and her mother are shopping in a charm shop at the beginning of the book for Halloween costume charms (you can look exactly like anyone you want only on Halloween).
Jack o’Lantern- Jenks and his kids carve one of these for Halloween.
Posted by Ladytink_534 at 9:59 PM