The Return to Narnia 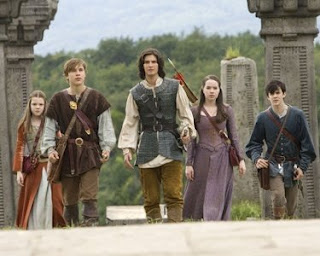 The magical world of C.S. Lewis' beloved fantasy comes to life once again in Prince Caspian, the second installment of The Chronicles Of Narnia series. Join Peter, Susan, Edmund Lucy, the mighty and majestic Aslan, new Narnian creatures and Prince Caspian as they lead the Narnians on a remarkable journey to restore peace and glory to their enchanted land. 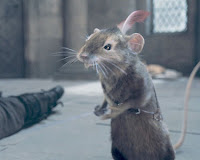 Caspian, the second published story (but considered the fourth in chronological order). Released nearly three years after the first Narnia movie The Lion, the Witch, and the Wardrobe, this follow-up has everything the first film had multiplied. There is a darker tone, more character depth, bigger and more elaborate battle sequences, a wonderful music score, absolutely amazing special effects, and many more gorgeous film locations. 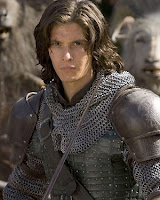 imaginations in books have recently become some of the most anxiously awaited films of that year. Once J. R. R. Tolkien’s Lord of the Rings and J. K. Rowling’s Harry Potter series were adapted to the screen by New Line Cinema and Warner Brothers, it was only natural that the Walt Disney Company would want to produce a movie series just as iconic and what better material than C. S. Lewis’ beloved Narnian novels? That’s not to say that this is the first time anyone has tried to adapt this series, the BBC made an attempt with a TV serial in 1989-1990 but it can’t compete with Disney and the thousands of people who helped make this film.

Somehow, I had never read any of the Narnia books growing up and it 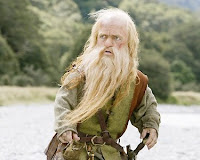 wasn’t until the first movie came out that I had any interest in doing so. I actually watched The Lion, the Witch, and The Wardrobe before reading the book but I enjoyed both formats so much that I decided to read the rest of the series. Unfortunately although I enjoyed Prince Caspian: The Return to Narnia, I thought the previous novel was much better and put off reading the rest of the books for a while. Then I saw the movie and was blown away! Although some scenes were added and a few weren’t used, I thought the final film was based as faithfully as possible to Mr. Lewis’ original story.

One of the reasons I didn’t enjoy the novel version of Prince Caspian as much as the previous book was because my favorite Narnian Mr. Tumnus wasn’t in the story. There were plenty of new and interesting Narnians though like Trufflehunter, Trumpkin, and of course the ever adorable Reepicheep! It is partly because of these characters that I’ve come to love Walt Disney’s Prince Caspian as much (if not more) than their first journey into the world of Narnia. Now I can hardly wait to read (and see!) the rest of this amazing series. The third film The Voyage of the Dawn Treader is scheduled for release in 2010.