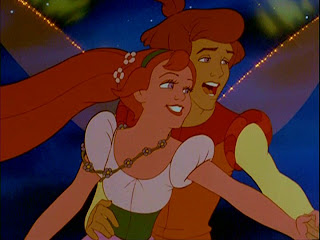 From world-renowned animator Don Bluth (An American Tail, Titan A.E.) and award-winning composer Barry Manilow comes Hans Christian Andersen's Thumbelina - a magical story that reminds us that if we follow our hearts, nothing is impossible. When Thumbelina, a tiny little girl- no bigger than her mother‘s thumb, meets Prince Cornelius, she is sure she's found her heart's desire. But before their romance can blossom, she is kidnapped by a family of show business toads and detained by a scheming beetle when all she wants is to go home and be reunited with Cornelius.

Making an animated film is always a major challenge, especially ones that are based upon Hans 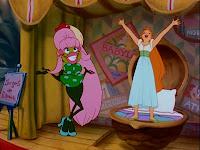 Christian Anderson’s beloved fairy tales. Outside of Disney’s The Little Mermaid, there are few that are even remarkable and although it was considered a flop at the time, Don Bluth’s Thumbelina but has developed a bit of a fan following over the years.

Almost all companies have gone bankrupt at one time or another due to a “flop” and very few are ever able to recover, Don Bluth’s 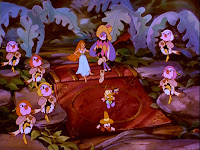 studio is one of these. During Disney’s period of making “just okay” films, he quit their studio in order to make animation the way it should be. After the success of his An American Tale and The Land Before Time, the Disney Company started to feel threatened and stepped up their work. Thus, The Little Mermaid was created and Bluth’s All Dogs Go to Heaven; released the same year, suffered (although of course since it’s such a great movie the video sales were good). That littl 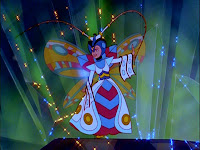 e nudge Bluth gave the sleeping Disney giant is partly the reason we got all of those great Disney films in the early 90s. It’s also part of the reason Mr. Bluth’s studio went bankrupt.

Other than starting off as a fairy tale written by the same man, Thumbelina has something else in common with Disney’s The Little Mermaid: three characters provide voices in both films! Kenneth Mars (King Colbert) was 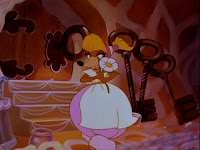 King Triton, Will Ryan (the dog Hero and Reverend Rat) was a sea horse, and Jodi Benson was both Ariel and Thumbelina. Which is why the songs are the best part of this film and why I can’t understand how it was the only animated film to receive a Razzie for Worst Original Song (Marry the Mole).

While I won’t say I’m a fan of the movie even though I generally love Don Bluth (and have done so before I was old enough to know the difference between, I do like it. Maybe not as much as I did when my grandmother took me to see it in theaters as a kid, but I still enjoy it. Mr. Don Bluth can tell a story very well and Jodi Benson has the voice of an angel… or at least that of a fairy!

Related Don Bluth Reviews: The Land Before Time, Banjo the Woodpile Cat, Xanadu, The Secret of NIMH, An American Tale, The Animated Films of Don Bluth by John Cawley