A Psychologist to the Vampires 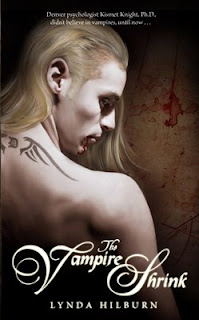 Denver psychologist Kismet Knight, Ph.D, doesn't believe in the paranormal. She especially doesn't believe in vampires. That is, until a new client introduces Kismet to the vampire underworld and a drop dead gorgeous, 800-year-old vampire named Devereux. Kismet isn't buying the vampire story, but can't explain why she has such odd reactions and feelings whenever Devereux is near. Kismet is soon forced to open her mind to other possibilities, however, when she is visited by two angry bloodsuckers who would like nothing better than to challenge Devereux by hurting Kismet.

To make life just a bit more complicated, one of Kismet's clients shows up at her office almost completely drained of blood, and Kismet finds herself immersed in an ongoing murder investigation. Enter handsome FBI profiler Alan Stevens who warns her that vampires are very real. And one is a murderer. A murderer who is after her.

In the midst of it all, Kismet realizes she has feelings for both the vampire and the profiler. But though she cares for each of the men, facing the reality that vampires exist is enough of a challenge... for now.

ays the main character Kismet in debut urban fantasy author Lynda Hilburn’s new book The Vampire Shrink, the first book in her Vampire Psychologist series. A therapist herself, Hilburn can really relate to her new protagonist… vampires notwithstanding. 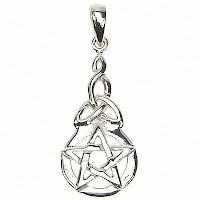 For a new debut book, The Vampire Shrink is surprisingly a good story with very interesting characters and it was even has some funny parts. The main thing about the story that really captured me was the vampire of course! Devereux was gorgeous, charismatic, and very powerful not to mention wise (being over 800 years old, I would expect so!) and ethical too. Kismet meets another man in the course of the book named Alan and he of course provides more conflict… not to mention the fact that there are tons of bad guys too.

As it was a debut book I won’t hold the author at fault but I did notice throughout the story quite a few things that irked me such as how hokey some of the dialogue was and how two plot threads just seem to be dropped: how and why Kismet wakes up in a coffin (I'm assuming it has something to do with one of the bad guys of course, but she wasn't harmed, just stuck in a coffin) and the fortune teller. Maybe the author added it since she herself was one? She claims that Cerridwyn is a combination of h 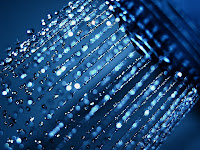 erself and other Tarot Card readers that she knows (Hilburn also said that she will appear in future books). I did like her but there really wasn't much of a need for her part in the story either.

My main issue with The Vampire Shrink was how Kismet spends over half of the book denying the existence of vampires. If a guy is reading your mind, talking in your head, can slide his fangs out at will, can entrance you with his eyes, and pop from place to place- then he is probably a vampire. No one can deny an existence of a being for so long! She's being courted by one and hunted by others and yet she still wouldn‘t budge on believing that they’re just delusional for the longest time and it became downright annoying! All that time could have been put to better use in my mind but it was still a good story nonetheless and while I wish more time would have been spent exploring the psychologist to vampires angle, undoubtedly there will be more interesting clients in future books.


Picture Explanations
Denver: The story takes place here
Celtic Pendant: Worn by the protagonist
Shower: A very interesting scene takes place in the shower after Kismet escapes the coffin in the graveyard
Posted by Ladytink_534 at 8:28 PM