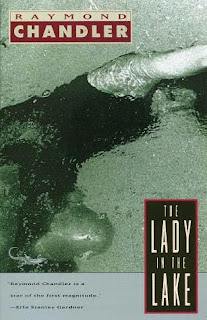 L.A. private eye Philip Marlowe is handed a perplexing case in this classic detective novel from the master of the genre, Raymond Chandler. Hired by cosmetic tycoon, Derace Kingsley, to locate his missing wife Crystal, Marlowe learns that the marriage has been dead for years. Kingsley also informs Marlowe that a recent telegram from Crystal indicated that she was crossing to Mexico for a quickie divorce so that she could marry her new love, Chris Lavery. But when Lavery shows up in L.A. claiming to have no knowledge of Crystal’s whereabouts or intentions, Kingsley and Marlowe start backtracking her to her last known location- the Kingsley’s cabin in Little Fawn Lake. From then on, the bodies begin to accumulate. Is Crystal responsible for the killings- or could she be the next victim? 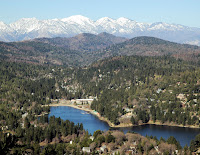 hat truly made the genre what it is today with his character Philip Marlowe. Introduced for the first time by name (the actual character appeared under several names such as Carmady in some original short stories but were later republished with the names changed to Marlowe- “a process that Chandler called ‘cannibalizing‘”) in the novel The Big Sleep, it was considered to be Chandler’s greatest work but his next two novels in the series Farewell, My Lovely and The High Window were also well thought of and all three have been adapted to film- many several times. The next Philip Marlowe book was published four years after the first official one and it was called The Lady in the Lake (it too was adapted to film in 1947 starring Robert Montgomery). The novel was based upon three short stories: Bay City Blues, The Lady In The Lake, and No Crime In The Mountains. 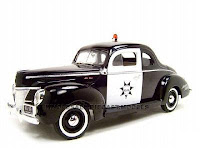 Between Chandler’s Philip Marlowe and Dashiell Hammett’s Sam Spade, the iconic figure of the hardboiled detective was created so it was only proper that the first time I read one of these novels was by one of these authors. Now I do wish I had read the Marlowe series in the order they were written but it wasn’t until I had finished the book that I was even aware that it wasn’t the first story. The Lady in the Lake completely stood on its own and I enjoyed the glimpse back into time that the story presents.

In recent years, these types of detective novels have been making a comeback (albeit with a more fantastical edge, a la Jim Butcher) but they aren’t quite the same as the real thing. While some authors can “speak” the lingo of a 1940’s detective fluently, only the authors and their characters from the era seem to live and breathe through their words even today. Sometimes it was a bit hard to understand as many, many phrases have fallen out of fashion through the years but overall it wasn’t that difficult:

While I was able to figure out the big picture before a body was ever found, I wasn’t always exactly sure what was going on. However, many readers (including myself occasionally) might find it a bit irritating at how easy the ending was to guess. At times I seriously think you would have to be dense to miss the clues Chandler smacks you over the head with. Maybe this is because it is actually three combined (or “cannibalized“) stories in one or maybe that was just how the author meant it to be. Either way, I still thoroughly enjoyed the story and the adventure of Mr. Marlowe in The Lady in the Lake.

Uncovering the Mystery of Chandler's Life:


Picture Explanations
Crestline Mountains: The real mystery actually begins in these mountains at Little Fawn Lake.
Police Car: The type of cars the police drove during this time period.
Hat & Folders: The typical gear of the private eye.
Posted by Ladytink_534 at 4:20 AM