When You Can Live Forever, What Do You Live For? 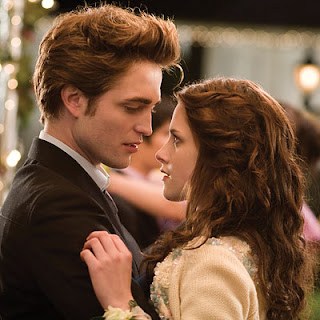 Bella Swan (Kristin Stewart) doesn't expect much when she moves to the small town of Forks, Washington, until she meets the mysterious and handsome Edward Cullen (Robert Pattinson) - a boy who's hiding a dark secret: he's a vampire. As their worlds and hearts collide, Edward must battle the bloodlust raging inside him as well as a coterie of undead that would make Bella their prey. Based on the #1 New York Times best-selling sensation by Stephenie Meyer, Twilight adds a dangerous twist to the classic story of star-crossed lovers.

"Vampires are probably an overdone genre in storytelling. We've all seen a gazillion different vampire movies. And to bring something new to it is very difficult to do. The last person to do it

well was, I think, Joss Whedon and before him Anne Rice. Now we've got Stephenie [Meyer] and she has reinvented the mythology while staying true enough to it that aficionados can still sink their fangs into it," said screenwriter Melissa Rosenberg in an interview about adaptating Meyer’s bestselling book Twilight into the hit film of the same name.

A lot went into this film in order to make it even half as successful as the books which included a perfect cast, especially Robert Pattinson as Edward (even the

author said he had the part nailed) and a perfect sountrack as well (Patterson actually sings one of the songs in the movie). I had read the books the week before the movie was released so I didn’t have many objections to the film cast (many people were very upset with some of the casting choices at first but they quickly got over them). I did find some of the selections not quite what I had pictured- Bella’s dad Charlie for example, but when I finally got to see Twilight; even as I had to shift around what I thought they looked like in my head, I was completely blown away. 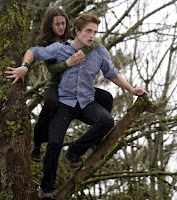 The scenes, the landscape, the settings (even if the Cullen house wasn't right) are all brought to life like they sprang right from Stephenie Meyer’s books and I believe that it was almost as good as them too. I do wish the film had been maybe a little longer though but I’m looking forward to buying the DVD on March 21.

This was a fantastic film even if there was some differences from the book and I thought some things could have been explained better (like why the Cullen’s could play baseball only during a thunderstorm). Twilight wasn't perfect and it didn't sweep me off my feet as some special effects and even a little of the dialogue were cheesy, but I enjoyed it nonetheless. I’m hoping that since there will be a new director (and hopefully a bigger budget) that some of these issues are addressed in the next movie New Moon.