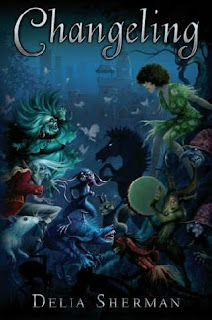 “In New York Between, mortals don’t call the shots. The Fairy Folk do.”

Neef is a Changeling, a human baby stolen by fairies and replaced with one of their own. She lives in “New York Between,” a Manhattan that exists invisibly, side by side with our own, home to fairies, demons, mermaids, and other creatures of Folk lore. Neef has always been protected by her fairy godmother, Astris (a very lovely white rat), until she breaks a Fairy Law. Now unless she can meet the challenge of the Green Lady of Central Park, she’ll be sacrificed to the bloodthirsty Wild Hunt. Neef is a native New Yorker, and she’s determined to beat the rap- but New York Between is a maze of magic and magical rules, and time is running out…

Terri Windling, Delia Sherman realized that Neef’s story just wouldn’t be able to stop after thirty pages so with a little encouragement, Ms. Sherman wrote Changeling. Unlike Neef’s first appearance, in Changeling she’s still a child but that spunkiness that she had in the short story isn’t something she developed as she got older! There is a great cast of faeries and fictional characters from classic stories as well that help and hinder Neef through her adventures as well.

Even though I loved her short story in The Faery Reel, which led me to pick up this book in the first place, I never expected to like it so much! Delia Sherman combines faery tales and folklore with children’s literature and 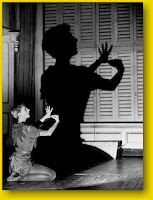 even a little pop culture too. It’s undoubtedly young adult fantasy but there are many adults who would enjoy the story and the strong sense of nostalgia it brings to mind. Besides, not many kids will get some of the little jokes like when the vampire says Honey (a Shirley Temple look-alike vampire) should audition for the part of Little Miss Marker because she is “born for it” when the actual Shirley Temple played the part in 1934. There are quite a few others as well but they are generally very subtle.

twist on the old hero-on-a-quest fairy tale. New York itself is a place I only know about through books and movies but Sherman was able to bring it’s counterpart- the New York Between- to life in glittering detail. Broadway, Wall Street, Central Park, the Metropolitan Museum, New York Harbor and a few places in the middle all show up in the book and even though I’ve never been to New York myself, I doubt even natives (like the author) would be able to look at these places the same way again!

In a recent interview, the author said that she had just finished the sequel to Changeling called The Magic Mirror of the Mermaid Queen and is already hard at work on writing a proposal for another book in the series. She also claims to be “working on some short stories set in the same world of New York Between in different eras, with different protagonists” too so I can’t wait!

Picture Explanations:
Statue of Liberty: Neef and Changeling visit the New York harbor (well underwater anyway) and can hear the Statue talking to boats and people passing by.
Peter Pan on Broadway: The second part of the quest is to get tickets to Peter Pan
Gold: The Dragon of Wall Street sleeps on mountains of gold and other precious gems.
Posted by Ladytink_534 at 5:19 PM