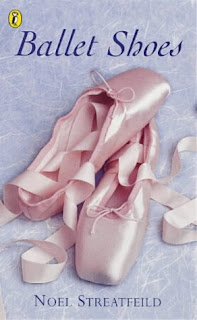 A classic about three self-sufficient orphans who set out to make a name for themselves in the world of show business. Originally published in 1937 and unavailable in hardcover for a decade, Ballet Shoes is the first and best-loved of the "Shoes" series by Noel Streatfeild. In a gift edition or in paperback, Ballet Shoes is perfect for budding ballerinas and anyone who's ever dreamed of being a star.

Noel Streatfeild was a daughter of the Bishop of Lewes, a volunteer during both World War I and World War II, and even an actress during her life but what she is probably most well-known for was being an author. More specifically, a writer of mainly children’s books including Ballet Shoes. It was published on September 28, 1936 and is known as her best novel. It was even declared by the Library Association as "one of a number of "books which should always be in print" in 1948 and in 1991, the Library of Congress recognized it as the Children's Books of the Year. 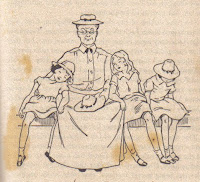 was first released, very little actually happens during Ballet Shoes. It’s not an adventure story, nothing big or extremely exciting ever happens, and it’s rather a quiet story altogether but it was still very well written and I really liked it. I can see why it is still remembered today so fondly (J.K. Rowling claimed it was one of her favorites) too and I’m not sure if it’s because the author is British or if it’s because it was written in the late 1930s, but the writing style did remind me of C.S. Lewis and Dodie Smith a little as well. 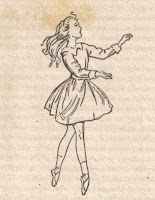 In the last sentence of the book the author has one of the characters ask, “I wonder”-- Petrova looked up-- “if other girls had to be one us, which one they’d choose to be?” I found this an interesting question for the character to pose and maybe a tiny bit out of character at that but each of the three Fossils’ are very unique in their own way. Pauline likes to act, Posy is a born ballerina, and Petrova does both as a means of helping out the family when really her heart is set in the sky as she would love to be able to fly planes. As much as I loved the characters for their individualities, I think Pauline was my favorite (not just because she played title role in Alice in Wonderland either) and the one I would have liked to have been the most like at her age. 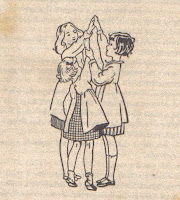 This book was written by a British author intended for British girls and as there is a constant struggle for money, it is talked about a lot- however, having never been outside of America the shillings, pounds, etc. was like another language to me. Speaking of which, there is a bit of French in the book as all of the Fossils learn it in their dance academy but you really don’t need a working knowledge of British money, French, or even ballet terms to enjoy the story. Ms. Streatfeild enjoyed working with the characters from Ballet Shoes so much that they have appeared in Curtain Up (aka Theatre Shoes), The Painted Garden (aka Movie Shoes), and a minor character from the book appears in Apple Bough (aka Traveling Shoes).