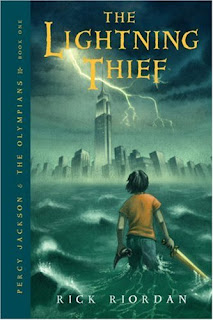 Twelve-year-old Percy Jackson is about to be kicked out of boarding school... again. No matter how hard he tries, he can't seem to stay out of trouble. But can he really be expected to stand by and watch while a bully picks on his scrawny best friend? Or not defend himself against his pre-algebra teacher when she turns into a monster and tries to kill him? Of course, no one believes Percy about the monster incident; he's not even sure he believes himself.

Until the Minotaur chases him to summer camp.

Suddenly, mythical creatures seem to walking straight out of the pages of Percy's Greek mythology textbook and into his life. The gods of Mount Olympus, he's coming to realize, are very much alive in the twenty-first century. And worse, he's angered a few of them: Zeus's master lightening bolt has been stolen, and Percy is the prime suspect.

Now Percy just has ten days to find and return Zeus's stolen property, and bring peace to a warring Mount Olympus. On a daring road trip from their simmer camp in New York to the gates of the Underworld in Los Angeles, Percy and his friends- one satyr and the other the demigod daughter of Athena- will face a host of enemies determined to stop them. To succeed on his quest, Percy will have to do more than catch the true thief: he must come to terms with the father who abandoned him; solve the riddle of the Oracle, which warns him of failure and betrayal by a friend; and unravel a treachery more powerful than the gods themselves.

Every book starts off as a story but often in children's literature, many times its never meant to be written down at all as its just something someone made up to appease a child, that was the case with Rick Riordan. His ADHD, dyslexic son was having trouble in school but he loved the Greek myths so Riordan began to tell him the stories of heroes and their brave deeds… then he 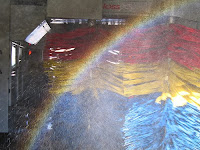 ran out of stories. His son had a very simple solution to that matter, he asked his dad to “make one up” and so he did which he set in modern times. It was the story of Percy Jackson and the Olympians, which eventually became a bestselling book series when Riordan’s son had another very good suggestion: “write it down, Dad,” so he did. The first book was called The Lightening Thief and it has been voted as a notable book by the ALA and New York Times, won awards including The Young Readers Choice (beating Uglies by Scott Westerfeld) and many more.

As you can imagine, they only teach you the basics of mythology in school but myths, legends, and folktales have always fascinated me in either fiction or nonfiction. E 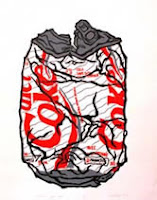 dith Hamilton's reference book on Mythology was probably the best I've ever read as it taught me so much that was invaluable throughout Percy Jackson's adventure. That’s not to say that you need a basic understanding of the Greek Gods and mythological creatures because you don’t. As this is a young adult series, the author doesn’t expect you to know these creatures and he does explain them in minor detail, (which was extremely helpful as I had forgotten so much) but I found I enjoyed it more since I knew more about these characters that Percy, Annabeth, and Grover meet up with.

This story honestly had a Harry-Potter-grand-adventure feel to it but instead of only magic (which being demigods, there is some of that), there is so very much more. Come to think of it, there were quite a few similarities to the first couple of Harr 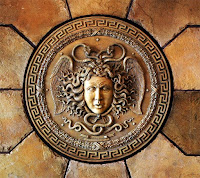 y Potter books once you scratch the surface of The Lightening Thief. Such as the huge quest, the monsters, there being one main character and his two friends (in this case one of them is a satyr- half goat, half human), and a few other small details too. This first Percy book even has the same kind of “feel” to it that the early J.K. Rowling books do (but with more of a Western influence as this author is not British but American)!

However, that's not to say that Rick Riordan copied Rowling as only the very bare bones of the plot is reminiscent of her famous boy wizard. It wasn’t even until after I finished the book that I even became aware of the similarities. Obviously, 20th Century Fox didn’t think much of them as they acquired the film rights to the book and the movie is scheduled to be released in 2010. Is this a plot that was ancient when Rowling used it? I honestly do not know but what I do know is that I loved Percy’s adventure/quest, enjoyed renewing my acquaintance with the world of Greek Gods, legends, and myths, and I can’t wait to read the next one.

Picture Explanations
Car Wash Rainbow: The Goddess Iris (the personification of the rainbow and messenger of the gods) will deliver a message for the half-bloods too sometimes, which really comes in handy during the quest.
Tin Can: Grover’s favorite snack
Medusa: During the quest, the characters meet many legendary creatures including this Gorgon
Posted by Ladytink_534 at 9:06 PM