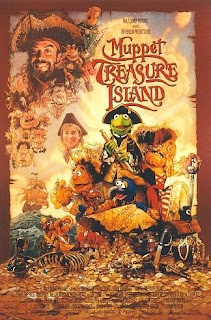 Robert Louis Stevenson's classic pirate tale takes on new life of its own in the hands of the hilarious Muppets! Muppet Treasure Island - the Muppet's very first action-adventure - is the fun-packed, music-filled, swashbuckler the entire family will enjoy over and over.

It all begins when young Jim Hawkins inherits a long-lost map to a pirate's treasure. Jim hires the great ship Hispaniola where he meets the good Captain Smollett (Kermit the Frog) and the evil yet charming Long John Silver (Tim Curry). With adventure in their hearts and treasure chests of gold in their eyes, they set sail on the bounding main only to discover danger at every turn- including Benjamin Gunn (Miss Piggy), Treasure Island's worshipped love goddess, who's dressed to kill. 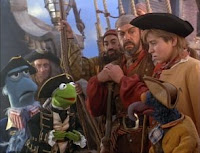 star in the 1996 very loose adaptation of Robert Louis Stevenson’s classic adventure Treasure Island. This controversial (the filmmakers were sued by Hormel for the use of the character Spa’am’s name- the suit was dismissed) was the fifth feature film to star the Muppet cast and only the second one produced after Jim Henson’s death. Muppet Treasure Island is actually directed by his son Brian Henson. 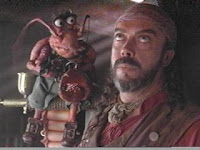 abysmal, however in terms of being a light musical parody of Treasure Island that has just about every single Muppet to ever appear on the Muppet Show (not to mention quite a few original ones) more than once- then this is a winner! Okay I won’t go that far, but it is one of the best Muppet movies in my opinion. The original song numbers are very over the top and fun and thanks to the composers Barry Mann, & Cynthia Weil (not to mention Hans Zimmer) they’ll be stuck in your head for days to come.

Long John Silver is one of my favorite characters in literature and in film, mainly thanks to Robert Newton who first played him in Disney’s live-action adaptation, so I’ll admit to being a little wary of Tim Curry portrayal of him. He can sing and he can be a viciously evil villain but could he be a bad guy and still come off as sympathetic? Well the short answer is no, he didn’t really. He was a considerably good bad guy yet the viewer could never be fooled into thinking that he was anything but “just a cook.” When the 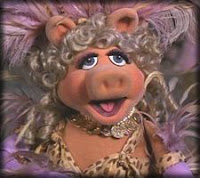 ending came, it just felt very artificial since the persona Curry had played throughout the film wouldn’t have let the movie end as it traditionally does.

However, I don’t need to point out how bad some parts of the film are as the characters do it for me. At one point during the song Cabin Fever, one of the crew even says he would "like to get [his] hands on, whoever wrote this script." Sometimes the jokes do fall a little flat but for the most part this was a very funny film and they even “break the fourth wall” a few times too. Overall, Muppet Treasure Island had its faults but if you watch it, just keep in mind it’s a parody and enjoy it. Don’t be a Statler and Waldorf!