Killer Zombie on the Loose 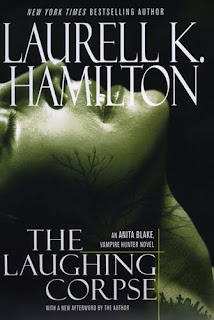 Anita Blake, Vampire Hunter for Animators, Inc., is offered a cool mil to raise a 283-year-old corpse. But she knows that "the older the zombie, the bigger the death needed to raise it". Only a human sacrifice is "big" enough to raise this old soul--and Anita's no murderer.

Now, a creature from beyond the grave is tearing a swath of murder through St. Louis. And Anita will learn that there are some secrets better left buried—and some people better off dead...

“After a few centuries, the only death 'big enough' is a human sacrifice. I know, because I'm an animator. My name is Anita Blake.

Working for Animators, Inc. is just a job - like selling insurance. But all the money in the world wasn't enough for me to take on the particular job Harold Gaynor was offering. Somebody else did, though - a rogue animator. Now he's not just raising the dead ... he's raising Hell. And it's up to me to stop it ... "

"THEY WERE TREATING ME LIKE I WAS A VERY DANGEROUS PERSON.
At five-three I am not imposing. Raise the dead, kill a few vampires, and people start considering you one of the monsters. Sometimes it hurt. But now... it had possibilities. 'Do you really think I came in here unarmed?' I asked. My voice sounded very matter-of-fact... 'Want to bet your life on it?'"

The character Anita Blake made a big splash in her initial appearance in Laurell K. Hamilton’s Guilty Pleasures and the author continued Anita’s story in The Laughing Corpse. In the second book of this series, the violence 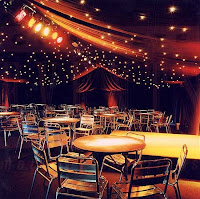 and gore go up a notch. There’s a killer zombie on the loose that is tearing families apart (literally) and somehow voodoo is involved. Published the same year as The Interview With the Vampire film, 1994 was a good year for vampires!

Anita wants several things in The Laughing Corpse: “Dominga [Salvador, voodoo queen] out of the picture, dead or in jail. To stay alive. Not to be in jail on a murder charge. To catch the killer zombie before it killed again. Fat chance that. To figure out how John Burke fit into this mess. Oh, and to keep Harold Gaynor from forcing me to perform human sacrifice. Yea, I almost forgot that one. It had been a busy week.” She’s also got a rather persistant vampire named Jean

-Claude who wants her to be his human servant and he’s not taking no for an answer (he doesn‘t have that big of a part in this story though).

As you can tell, this book is a lot like the first story where it takes off and doesn’t slow down until the very end with bad guys coming out of the woodwork all wanting a piece of Anita’s power. I did find this one a little more grisly than the first and the zombies being used for whatever anyone wanted them as since they had no rights was sickening but that’s what makes this whole series so good. Hamilton isn’t afraid in the least to get down and dirty to show you her world. 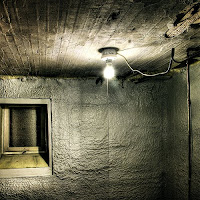 Laurell K. Hamilton said she “found hard-boiled detective fiction the summer after college [where] the male detectives got to cuss, have sex, and kill people. The women, even the most liberated of them, didn’t cuss much, if there was sex it was sanitzed or off stage, and if they killed someone they had to feel very, very bad about it. This seemed unfair to me, so I decided to write a character who would even the playing field. Enter Anita Blake. The rest is history! Ms. Hamilton is an author who has paved the way for many of today’s favorites (including Charlaine Harris) though The Laughing Corpse is a long way from where the series is at today.

I’ve had people warn me about supernatural shit before. Don’t go in that room; the monster will get you. There usually is a monster, and it usually tries to get me. But up till now I’ve been faster or luckier than the monsters. Here’s to my luck holding.

I was the vampire equivelant of an electric chair. They didn’t like me much. Surprise, surprise.

Wanda considered me one of the monsters. She may have been right.

First Paragraph: Harold Gaynor’s house sat in the middle of intense green lawn and the graceful sweep of trees. The house gleamed in the hot August sunshine. Bert Vaughn, my boss, parked the car on the crushed gravel of the driveway. The gravel was so white, it looked like handpicked rock salt. Somewhere out of sight the soft whir of sprinklers pattered. The grass was absolutely perfect in the middle of one of the worst droughts Missouri had had in over twenty years. Oh, well. I wasn’t here to talk to with Mr. Gaynor about water management. I was here to talk about raising the dead.

Picture Explanations
Comedy Club: The Laughing Corpse is a comedy club owned by Jean-Claude.
Gray Cat (comic book): Anita and Jean-Claude go down to the Grey Cat Club to talk to Wheelchair Wanda, an ex-girlfriend of Gaynor.
Basement: Dominga Salvador wants to test Anita’s power down in her basement of horrors.
Posted by Ladytink_534 at 8:44 PM