The Shifter Community is in Trouble 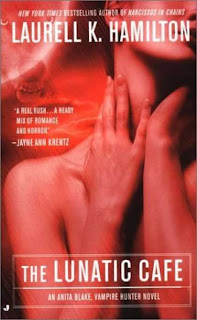 "YOU DON'T VOLUNTEER FOR SLUGFESTS WITH VAMPIRES. IT SHORTENS YOUR LIFE EXPECTANCY"

And you don't fall in love with a werewolf. It interferes with your work. Especially when you're a preternatural expert, like me. My business brings me up close and personal with all shapes and sizes of monsters. And not all of them want to kill me.

Take, for instance, the local pack of lycanthropes--that's werewolves to you. A number of them are missing, and they've come to me for help. Maybe because I'm dating the (almost) leader of the pack. I've survived a lot--from jealous vampires to killer zombies--but this love thing may kill me yet...

SPOILERS FROM HERE ON OUT

Ever since the first book there have been shifters in the Anita Blake series but it wasn’t until the third when Laurell K. Hamilton really delved into the shifter world and she continues this in The Lunatic Café. Shapeshifters of all kinds or going missing 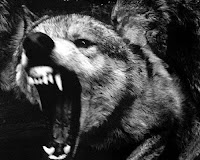 and they want Anita to look into it because she “was sort of a compromise. They didn't trust the police. And who else do the lunarly disadvantaged go to for help? Why, your friendly neighborhood animator.”

There was a lot of mysteries for Anita to solve in The Lunatic Café and though plentiful, the plot lines never got confusing. However, because they’re so plentiful, I had forgotten all about them except the last one which is a scene that will stick with you. Oh, and as this book is predominately about the shifters (even the title refers to a resturant owned by the werewolves), there aren’t too many appearances of vampires besides Jean-Claude in this book.

As with every book from here on out in the Anita Blake world, 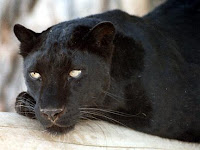 there’s some kind of small mystery and then there’s her love life (it‘s still early days so Anita still doesn‘t believe in sex until after marriage though). From the very beginning there was an attraction between Jean-Claude and Anita but she refused to even consider him since he was “one of the monsters.” Then she met Richard in the previous book Circus of the Damned and started to date him only to find out he was a werewolf. Which was fine until she learned he’s not any more human than her vampire is. Now she’s got the Master of the City and an alpha werewolf fighting over her and this is a love triangle that is definitely going to get messy.

I think the best scene in this entire book was the meeting with all of the shifter kings and queens (many of whom are NOT good guys at all and we‘ll see them again in other novels) and Anita Blake. She knows about

shifters but nothing compares to being thrown in the deep end of the pool and having to learn everything at once. Of course, they learn a bit more about Ms. Blake as well such as the fact that she never bluffs. This was actually one of the very few books in this series where Anita doesn’t use her necromancer powers to raise the dead ‘on-screen’. This is Jason’s first appearance. He’s my favorite werewolf out of the entire series! The first time Anita and Jason meet, he’s almost lost control of his wolf and is nuzzling into her stomach. All of the somewhat main characters seem to have such interesting introductions. This was also the first time Raina, Gabriel, Marcus, and the vampire Gretchen appear in the series but it won’t be their last time.

A lycanthrope that was a butcher. It was too perfect. But I could see why she'd lose her job. Food preparation with a potentially fatal disease. I don't think so. I knew, and the health department knew, that lycanthropy can only be transferred by an attack in the animal form. Most people don't believe that. Can't say I blame them entirely. I don't want to be fuzzy, either.

I didn't glance back to see what Richard was doing. Never take your eyes off the vampire in front of you to glance at the werewolf in back of you. One problem at a time.

I had refused Jean-Claude because he wasn't human. He was a monster and I didn't date monsters. But last night I'd had a glimpse of what Richard might be. I'd felt a power that rivaled Jean-Claude's creep along my skin. It was getting harder to tell the humans from the monsters. I was even beginning to wonder about myself. There are more roads to monsterdom than most people realize.

First Paragraph: It was two weeks before Christmas. A slow time of year for raising the dead. My last client of the night sat across from me. There had been no notation by his name. No note saying zombie raising or vampire slaying. Nothing. Which probably meant whatever he wanted me to do was something I wouldn’t, or couldn’t, do. Pre-Christmas was a dead time of year, no pun intended. My boss, Bert, took any job that would have us.

Picture Explanations
Wolf: Anita is pulled into the werewolf and shifter world in this book. She gets an up close and personal look at a pack on the verge of a feeding frenzy.
Black Leopard: This is a character that Edward is hunting because of a snuff film.
Police: Even though Anita works as an advisor for the spook squad, she doesn’t have a badge and she runs into some trigger-happy cops from another district on one of her cases.
Posted by Ladytink_534 at 10:12 PM