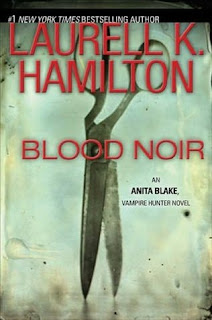 Jason Schuyler is a werewolf. He's also one of Anita Blake's best friends, and sometimes her lover. And right now he needs her- not to be a vampire hunter, or a federal marshal, or a necromancer, or even for her rank in the werewolf pack, but because his father is dying. He needs Anita because she's a pretty woman who loves him, who can make him look like an everyday guy, who agrees to go home with him and help him say good-bye to the abusive father he never loved. The fact that Jason is about as much an everyday guy as Anita is a pretty woman is something they figure they can keep under wraps for a couple of days in a small town. How hard can that be?

Marmee Noir, ancient mother of all vampires, picks this weekend to make a move. Somehow she has the cut the connection that binds Anita and Jean-Clause, leaving Jean-Claude unable to sense what is happening. Dangerous even as she sleeps, buried in darkness for a thousand years somewhere beneath the old country of Europe, Marmee Noir reaches out toward power. She has attacked Anita before, but never like this. In Anita she senses what she needs to make her enemies tremble... 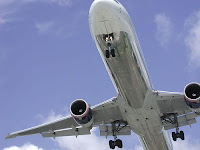 series Blood Noir was originally meant to be a short novella like her 2006 release Micah. However Jason, the laidback werewolf who is “everyone‘s best friend and bed-buddy,” had much more to reveal than the author thought he did!

The vampire executioner Anita Blake burst into the publishing world with her cross and her gun at the ready 15 years ago in Guilty Pleasures. Saving innocents, kicking bad guy butt, and raising

the dead for a living, she has since gone through many changes and could even be considered “one of the monsters” that she so despised to begin with. Or at the very least, she has become so firmly entrenched in the supernatural world that she’ll never be the person she once was and sometimes that’s not a bad thing. Then again, sometimes I do miss the more dangerous edge to the books that has been replaced with lots and I mean, lots of sex (there is a reason but it’s kind of complicated to explain- let’s just say Anita is kind of a living vampire now that feeds off of sex instead of blood).

Officially, Anne Rice was my introduction into the paranormal but Laurell K. Hamilton was my introduction to this type of paranormal mixed genre that has become so popular over the past few years. It’s because of Ms. Hamilton that I discovered Charlaine Harris and MaryJanice Davidson (who in turn made me discover Kim Harrison, Kelley Armstrong, etc.). As the “queen” of the mixed paranormal genre,

Hamilton has been around for awhile and many of her fans have been with her from the beginning (she also has newer ones thanks to the graphic novels that have recently come out based on her series) but over the years, some of the original fans have become disappointed with the direction the plot has headed. Most of them still keep coming back because they love the characters in the world that the author has built though. I am kind of in the middle because while I love the characters and reading about them in every novel, I too am getting tired of the repetition.

Blood Noir had a little more of action in it than I was expecting, so that was a pleasant surprise but there were plenty of parts that only over the past three or four years have become normal for the series. From this, you would probably think I hated the book but the thing is I really liked it; I like all of Hamilton’s books! My problem is that the author writes one book of each series every year and recently the Anita books have lost the “substance” that would tide me over until the next book came out. Now it’s getting where there is more of a romance plot than anything else and the books are, dare I say it? Brain candy.


Picture Explanations
Jet: Anita is scared of flying but she flies with Jason to his hometown.
Hospital: The reason for Jason visiting is his dad is dying.
White Tiger: Anita has several different strands of Were in her and Marmee Noir "gifted" her with a white tiger too.