Vampire Politics are Not Fun 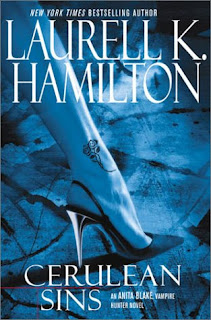 With her New York Times bestselling Anita Blake, Vampire Hunter novels, Laurell K. Hamilton wraps readers up in stories of suspense and sensuality. Cerulean Sins is no exception. Now, Anita learns what it's like to be at the new end of a centuries-old bloodline-and just how far she'll let herself get pushed around...

How the mighty have fallen! Once a sworn enemy of all vampires, Anita is now the human consort of both Jean-Claude, the Master Vampire, and Micah, the leopard shapeshifter. But her love life doesn't stop there. It can't. For Anita-not quite as human as she once was-is consumed by both the lusts of the vampire and the primal hungers of the wereleopards. Desires that must be sated-time and time again...

But it is Jean-Claude who needs her now. His oldest ancestor has sent one of her vicious and powerful underlings to St. Louis, putting Jean-Claude and his clan on the defensive. Unsure of where she stands with the interloper, Anita finds herself tested as never before-needing all the dark forces her passion can muster to save the ones she loves the most...

Narcissus in Chains may have started a new chapter in Anita Blake’s life but it’s Laurell K. Hamilton’s next book, Cerulean Sins where we see just what that means. Anita’s learning how to control the ardeur which means she’s being put into a lot more sexual situations than she’s really comfortable with (she’s is very sexually repressed but at one 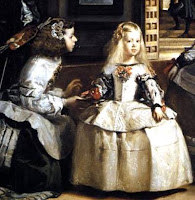 point says, “My moral standards just weren't that finely cut anymore”) but she’s learning how to walk that fine line of just what she’s willing to do to feed it so it doesn’t get out of control.

As I said in the last book, things are changing in Anita’s world, personally and otherwise. Mainly the sexual theme, which many fans of this series were not happy with. I believe it wasn’t entirely necessary and they certainly read more like romance now then what the first nine books were. Ms. Hamilton said that the reason she added the sexuality into the series was because “Chiefly because people told me I couldn't. That I couldn't write strong sexuality from a woman's point of view. The series simply evolved as it has. There was no plan for it to do so, okay, no conscience plan at least.” Anita has always been adamant on her stand of casual sex (she has her first in this book but at least he’s a friend which really doesn’t matter to the ardeur) and for a good part of the series she’s celibate. However, I still find it interesting that in an early book (Circus of the Damned I believe), a lamia once gave Anita the advice: "A woman should always have more than one man." Let's just say, 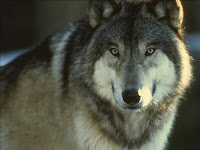 she took it to heart.

There wasn’t a police case for Anita in Narcissus in Chains (though she does have some interaction with the cops when everyone thought she was dead and again when her place was shot up) but there is in this book because there is a werewolf serial killer on the loose and also there are some international spies in town too. The truly sad thing is that Dolph, the police Lieutenant who’s been in every book in some way but one, finally loses it a little (and Zerbrowski has been promoted). He’s always treated Anita like a daughter almost but he has a real problem with the monsters lately and she’s buddy-buddy with them. His son is in a serious relationship with a vampire so he’s losing it big time. Oh, and Anita finally got her federal marshal status! It’s been talked about for several books now that they were debating the law to make all vampire

executioners federal marshals (she was grandfathered in but some; like her apprentice Larry, had to take courses) but now she can just invite herself onto preternatural cases whether the cops like it or not.

Though we don’t meet her in person, Bella Morte, the head of Jean Claude’s line of vampires does make a couple of appearances like in dreams, etc. She sends her emissary Musette (who she can possess at will) with two child vampires Valentina and Bartolomé (but they aren’t quite as disturbing and vicious as Nikolaos from the very first book but they are younger) and their entourage to town ahead of schedule and all in all starts to make trouble. Oddly enough, she’s one of the few scary people in this series that’s not trying to kill them, she simply considers them hers and she wants to find out what they can do in the most unpleasant ways possible. This is also Marmee Noir’s first appearance. The Mother of Darkness and the mother of all vampires and shifters. She’s still sleeping and has been for a very long time, a couple of millennia but now she’s starting to wake up because she’s found something that interests her: Anita.

I could feel myself smiling, and I didn't need a mirror to know that it wasn't a nice smile. It was the smile I got when I'd been pissed off too much and I'd finally decided to do something about it.

Micah didn't argue with me. He didn't when he knew he was wrong, or knew I was right. Richard would have argued. Richard always argued. Richard seemed to believe that if he pretended the world was a nicer place than it really was, that that would change the world. It didn't. The world was what it was. And no amount of anger, or hatred, or self-loathing, or stubborn blindness would change it.

"I never want to put my whole world in any one person's hands again, Jason. If they die, I won't die with them."

I hadn't been embarrassed about having sex with Jason, and maybe that was wrong, but it hadn't felt sinful. Maybe because it was just another way for him to take care of me. But the little talk afterwards, that had bothered me. That hard emotional truths bothered me more than having intercourse with someone I wasn't in love with probably said something about how far down the well of moral decay I had fallen. I stood in the hot, hot water, steam foaming against the glass doors of the stall, and was happy that I didn't owe my heart to anyone. It was mine damn it, and I was keeping it in one piece if I could. Richard had broken some part of me, some last bit that had been trying to hang onto a softer more romanticized view of love. He had left, dumped me because I wasn't human enough for him. My fiance in college had dumped me because I wasn't white bread enough for his mother. My stepmother, Judith, had never let me forget that I was small and dark, and she and her children and my father, were tall and blond, and blue-eyed. People had spent my lifetime rejecting me for things I could not change about myself. So fuck them, fuck them all.

But it was so much easier to concentrate on my ruined upholstery than to think about the fact that I'd been in the presence of the Mother of all Vampires, the Mother of all Darkness, the Primordial Abyss made flesh. I knew through Jean-Claude's memories that they called her Mother Gentle, Marmè, a dozen different euphemisms to make her seem kind, and, well, motherly. But I'd felt her power, her darkness, and finally, at the end an intellect as cold and empty as any evil. She was curious about me the way some scientists are curious about a new species of insect. They could call her Mother Gentle if they wanted to, but Mommy Dearest was a hell of a lot more accurate.

"It is not like you to wander off on such an important and potentially dangerous occasion. What is the matter, ma petite?" "Oh, I don't know, an international terrorist following me around, the vampire council back in town, an evening of some of the most politely vicious small talk I've ever heard, Asher being his usual temperamental self, one of my friends and favorite policemen having a nervous breakdown, a serial killer werewolf on the loose in my town, oh, and the fact that Richard and his wolves haven't arrived yet, and no one's answering their phones. Pick one." I knew the smile on my face wasn't pleasant when I finished. It was a challenging smile. It said why wouldn't I be uptight?

First Paragraph: It was early September, a busy time of year for raising the dead. The pre-Halloween rush seemed to start earlier and earlier every year. Every animator at Animators Inc. was booked solid. I was no exception; in fact, I'd been offered more work than even my ability to go without sleep could supply.

Interviews
Orbit
Tales from the Landing

Picture Explanations
17th century child: This is Valentina.
Wolf: There’s a werewolf serial killer in this one.
Roses: Whenever a vampire tries to mess with you from a distance there’s always a smell that comes with them, Seraphina’s was powder from Anita’s mother, Belle’s is roses.
Posted by Ladytink_534 at 2:48 PM