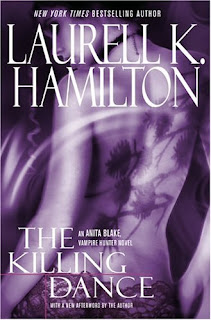 The dead obey her. The undead fear her. Anita Blake, animator and vampire hunter, lives a dual love life. She's involved with both a vampire and a werewolf in Laurell K. Hamilton's New York Times bestselling novels. But when Anita becomes a wanted woman--with a price on her head-- she'll be forced to do something she could never have imagined: chose between them.

"SOMEONE WAS TRYING TO KILL ME...
Nothing new there, but this someone was hiring expert help... I almost wished I had been scared. Fear will keep you alive; indifference won't. Somewhere out there, by tomorrow, someone would have my name on a to-do list. Pick up dry cleaning, buy groceries, kill Anita Blake."

The sixth book Laurell K. Hamilton’s Anita Blake series The Killing Dance has Anita running from assassins. There’s also trouble with the werewolf pack since Richard refused to kill Marcus for leadership (Ulfric) and the Anita, Jean-Claude, Richard love triangle is coming to a boil too. There’s also a bit of a police investigation where Robert (one of Jean-Claude’s vampires that Anita doesn’t like very much) is killed using necromancer magic, which is what Anita is now. This was the first time that the title of the book wasn’t named after a building in 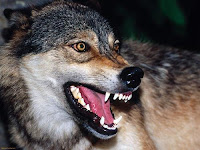 the story. Instead, it’s a reference that the werewolf pack members use for sex and fighting for dominance in the pack.

One of the things I admire most about Anita is the way she protects those who can’t protect themselves and though she’s shown this in previous novels, it’s readily apparent in this one, especially once she’s acknowledged by the pack as both dominant and Alpha. Oh, and she wears my favorite outfit in this series for the battle, it’s "biker slut from hell meets soldier of fortune pinup."

The Killing Dance was the vampire Damian’s first appearance. He’ll become important later on in the series. This was also the first time Asher is mentioned though he’s not in this one. He was a companion of Jean-Claude’s back when he was newly made. Edward has a role in this book since he turned down the hit contract on Anita and is trying to keep her alive. He’s not too common a character in this se 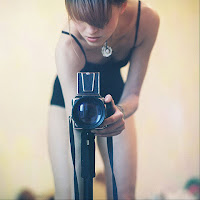 ries and only appears in seven books I believe (he was in all but Bloody Bones up to this point though) but he’s one of my favorites. Raina, Gabriel, and Marcus are all in this book as well, they were introduced during The Lunatic Café.

This one isn’t quite as action-packed as the previous books (except near the end) in the series even with assassins after Anita. I felt like it was more about Anita’s love life, which was fine with me because her “nunnish ways” are becoming a strain on everyone but they figure out a way it’s also useful in this story with a triumvirate (the first sex in the series is in this book though). It’s also a lot about how far Anita has come from the beginning in Guilty Pleasures at how she values human (and not-so-human) life: ‘Just lately I had noticed that I could kill people and not blink. No attack of conscience, no nightmares, nothing. It was like some part of me had turned off. It didn't bother me that I was able to kill so easily. It did bother me that it didn't bother me. But it had its uses, like tonight. I think every last furry one of them had believed I'd do it. Sometimes, it was good to be scary.’

He could be mine: lock, stock, and fangs. I just wasn't sure I wanted him.

Domestic bliss? Who me? My life was a cross between a preternatural soap opera and an action adventure movie. Sort of As the Casket Turns meets Rambo. White picket fences didn't fit.
Jean-Claude was right about that.

I huddled in my seat, suddenly miserable. I'd have almost welcomed a hit man appearing out of the darkness. Killing I understood. Relationships confused me. Admittedly, this relationship was more confusing than most.

All I had to do was kill the assassin before he or she killed me. Trust Richard not to let Marcus kill him. Keep Raina from killing me. And let's see, I was sure there was something else. Oh, yeah, decide whether I'm going to sleep with Richard, and if I did, what that would mean for Jean-Claude and myself. There were days when my life was too complicated even for me.

First Paragraph: The most beautiful corpse I'd ever seen was sitting behind my desk. Jean-Claude's white shirt gleamed in the light from the desk lamp. A froth of lace spilled down the front, peeking from inside his black velvet jacket. I stood behind him, my back to the wall. arms crossed over my stomach, which put my right hand comfortably close to the Browning Hi-Power in its shoulder holster. I wasn't about to draw on Jean-Claude. It was the other vampire I was worried about.


Picture Explanations
Wolf: The werewolf power struggle comes to a climax in this book
Filming: Raina, the lupa of the pack is a sadistic sick puppy who is forcing people to participate in her little films. Richard and Anita have to rescue Stephen at one point.
Posted by Ladytink_534 at 6:23 PM